Key takeaways from the 2021 proxy season

Insights from the June 2021 KPMG BLC quarterly webcast on the many trends that emerged from recent proxy contests and regulatory activity.

“There is no better constituency to hold companies accountable than investors”

“There is no better constituency to hold companies accountable than investors,” said Pamela Marcogliese, partner at Freshfields Bruckhaus Deringer LLP, commenting on shareholder votes and activity this proxy season during a recent KPMG Board Leadership Center (BLC) webcast.

“The issues are not new. The context is new,” added Stephen Brown, senior advisor at the BLC.

Following the rapid shift to virtual meetings amid the COVID-19 pandemic in 2020, the 2021 proxy season was shaped by investors “doubling down” on the environmental and social issues exacerbated by COVID-19 and social unrest. “Investors view them as strategic and fundamental,” added Marcogliese.

Where social movements and material issues intersect, environmental and social proposals are gaining support, particularly proposals focusing on climate, diversity, human capital management, political contributions and lobbying. From January 1 through June 1 of this year, 24 percent of 135 environmental and social proposals at Russell 3000 companies received majority support, compared to 16 percent of 140 proposals through the same period last year, according to data from Institutional Shareholder Services (ISS).

“The trend is to submit, vote, submit again, and vote again,” said Brown. “Voters who don’t see the proposals beforehand learn about the issues over the years and really begin to think about how they affect their portfolios.”

Regulators and investors are focusing on climate

“Levels of support are not something to be ignored,” said Marcogliese. Climate-related proposals—such as those in favor of setting climate-related policies and disclosure, greenhouse gas emissions goals, and board oversight—are gaining investor support. Of 26 proposals that went to a vote, 3 received majority support, while 7 garnered between 16 and 39 percent support, according to ISS.

The largest asset managers and investors have placed climate front and center in their stewardship policies, encouraging companies to align their reporting with recommendations from the Task Force on Climate-related Financial Disclosures (TCFD) and sector guidelines from the Value Reporting Foundation (the entity formed by the merger of the Sustainability Accounting Standards Board and the International Integrated Reporting Council).

Moreover, the Biden administration and the U.S. Securities and Exchange Commission are focusing more attention on corporate disclosure related to climate risk, calling for public input on disclosure, measurement, and frameworks. New SEC rules regarding disclosure of climate change risks, as well as board and workforce diversity, are expected to be proposed by October, according to Marcogliese.

Through 2020, 95 percent of S&P 500 companies had at least two women on the board, compared to 56 percent in 2010, according to Spencer Stuart. Buoyed by this push for greater gender diversity on boards, investors have expanded their views on board diversity to include more diverse racial and ethnic backgrounds and “are aiming for a more rigorous process on diversity from a workforce perspective,” said Marcogliese. “It’s not enough to say your workforce is diverse to satisfy investors. They want to know, ‘what does it look like and what does it mean for the daily lives of people at the company?’”

For example, a 2020 campaign by the New York City Comptroller calling for S&P 100 companies to disclose their EEO-1 reports on workforce race, ethnicity, and gender has resulted in a majority of the S&P 100 voluntarily disclosing this information, compared to just 14 prior to the campaign.

“Investors understand that you can’t have diversity in senior management or at the board level if you don’t have a diverse pipeline,” said Marcogliese.

Linking compensation to ESG and strategy

“Companies need to be paying attention,” said Marcogliese. “Share price performance isn’t necessarily dispositive and taking action in line with what shareholders are asking for may not be sufficient.” Marcogliese pointed to the lower average support for say-on-pay proposals (88 percent in 2021 versus 92 percent in 2016 for the S&P 500).

“Portfolio managers have a visceral reaction to strategy when profits and returns are down,” said Brown. “In one highly visible proxy fight, a good portion of the campaign centered on ESG strategy, but it was also linked to economics and board seats.”

“For say on pay, COVID made the difference,” said Marcogliese. “Investors spent a lot of time trying to understand its impact on the workforce relative to executive compensation. When compensation for executives was out of line with the employee experience, investors were more inclined to vote against pay packages.”

Rethinking engagement in the year ahead

“Investors are no longer waiting for the engagement process to play out,” said Brown. “Where companies can do better, investors expect them to do better faster, or the investors will vote against a director or for a shareholder proposal to really send a message.”

With less patience and shorter timeframes, Marcogliese said that the investor relations function has transformed over the last several years. “IR is working with legal on front line issues. Management is apprised of the conversations. Board members are attending. Sometimes it’s routine; sometimes it’s more significant.”

“When engagement is done well, it’s tied into management and the board,” she concluded. 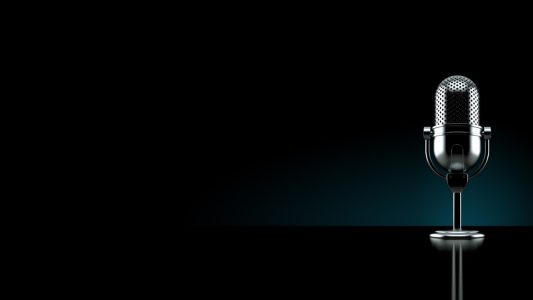