Lessons from the 2018 proxy season

Observations of the current climate for shareholder engagement, proxy voting and disclosure trends, shifts in board composition, and institutional shareholder concerns.

“Shareholders are becoming increasingly vocal and very engaged with companies. And the range of issues on which they’re focused is incredibly broad,” said Pamela Marcogliese, sizing up the 2018 proxy season on the recent KPMG Quarterly Webcast.

“For the board, shareholders are focusing on diversity and board composition, even moving that conversation to the management ranks as well,” said Marcogliese. This proxy season, social and environmental shareholder proposals garnered more support, and topics like climate change and gender pay equity received more attention.

Marcogliese, a partner at Cleary Gottlieb Steen & Hamilton in New York who advises companies on proxy disclosures, shareholder engagement, and other governance matters, joined Dennis T. Whalen, leader of the KPMG Board Leadership Center, to share her observations of the current climate for shareholder engagement, proxy voting and disclosure trends, shifts in board composition, and institutional shareholder concerns.

Lessons from the 2018 proxy season

One notable change in recent years is a shift toward viewing the proxy statement as “a real way to continue engagement with shareholders,” said Marcogliese. “The proxy statement is a way to tell the company’s story a little bit more…by telling readers what the company’s vision is about diversity and how the company views the composition of its board and what skills directors need to have for the future, as well as how the company’s directors satisfy those skills requirements.” While the majority of proxy disclosures are still focused on board and governance issues, Marcogliese said sustainability is “definitely making its way into the package.”

Additionally, the board’s oversight of strategy and how compensation ties to that strategy is becoming increasingly important, said Marcogliese. “What exactly is compensation being tied to? What are the metrics that are being used and how do they tie to the strategy?” she asked. Clearly communicating the link between compensation and strategy—including areas of vulnerability—is part of the continuing conversation with investors. “It’s all about preparation and the messaging,” Marcogliese said.

Board composition, tenure, and refreshment

Outside of age and term limits, refreshment continues to be a challenge for many boards. Individual director evaluations and peer evaluations are still not yet prevalent, and even for companies that conduct them, “It comes down to the culture of the board,” said Marcogliese. “Once you have those evaluations, is there then the person who says, ‘I think this is important and I will step up and have that conversation.’ Is it the chairman? Is it the lead director? Is it somebody else at the company?”

Marcogliese noted, however, that the conversation around board refreshment and diversity has spurred a changing profile of corporate directors. “In the past, all directors had prior director experience or they had to have C-suite experience. Now, we’re finding that’s no longer the case and it is allowing companies to tap into more diversity because some of those characteristics aren’t present in some of the more diverse populations that people would like to see on boards….They’re thinking about things more broadly…and focusing on the company’s strategy and the skills they think the board needs in order to oversee that strategy.”

According to search firm Spencer Stuart, 45 percent of the new class of S&P 500 directors in the past year are first-time directors and only 36 percent have C-suite experience, a drop of 11 percentage points from 10 years ago. And approximately half of the new S&P 500 directors are women or minorities, but not enough to move the needle on the overall percentage of women or minority directors in total. Both metrics increased just 1 percentage point compared to 2016, to 22 percent and 17 percent, respectively.1

“The board skills matrix has also taken on a life of its own this year,” said Marcogliese. While several companies already included a board skills matrix in their proxy statements, following an initiative by the New York City Comptroller’s office asking at least 151 large companies to include a board matrix in their proxy statement, “another 35 or so added one this past year,” she said. “It’s a little bit controversial, and I don’t think everybody thinks that this is the solution to the problem, but it’s definitely gotten a reaction.”

In fact, 24 percent of directors and C-level executives surveyed during the webcast said they found annual assessments of board skills to be the most useful tool to drive board refreshment.

“The stigma of rolling off a board without hitting one of those arbitrary age or tenure [limits] continues to negatively impact the board’s ability to add new skills and enhance diversity,” added KPMG’s Whalen.

Large passive investors can own between 20 and 30 percent of any company and “their agendas are getting bigger,” said Marcogliese. “It really goes beyond the bottom line.” Marcogliese posits that recent pronouncements from major institutional investors and their actions via proxy votes and engagement amount to “a private ordering of sorts,” in areas where regulation or legislation may fall short.

Institutional shareholders and asset managers increasingly expect a thoughtful explanation of the company’s strategy for long-term value creation, as well as the risks inherent in that strategy, including an evaluation of material environmental, social, and governance (ESG) matters. “It’s a matter of making sure that you’ve thought about issues such as environmental factors or the workforce and communicated the company’s views,” she said.

More investors are also taking a look at some of the environmental and climate-change shareholder proposals that have received majority support in recent years. “I think the lesson to learn there is not that climate change proposals are passing,” said Marcogliese, but that management needs to better explain how it is managing climate-related issues and engaging with stakeholders on these issues as well.

Marcogliese recommended greater consideration and process around so-called “sunny-day engagements,” outreach to investors by management and the board when there isn’t a time-sensitive issue or crisis, “when there’s time to actually think about the business, think about the strategy.”

“At that point, [investors] have more time to engage because there aren’t any issues. You’re creating goodwill and relationships,” said Marcogliese. “You know who to talk to. And so when an issue arises, you have a line of communication that’s open and a track record.”

“It’s also important to be thoughtful about these sunny-day engagements,” said Marcogliese. “Think about who’s in the room and what the issues are. If there’s a strategic business issue, it might be time to bring the CEO; or it might not. It’s a judgment call.” As to whether a director should be present, she said, “It depends. I don’t think it should be the default that a director should be brought all the time. But there may be instances when shareholders do want to hear the perspective of a director and then it is important.”

“When shareholders say that they want to talk about environmental, social, and governance issues and companies show up and they talk about the recycling bins and the lightbulbs, it’s not quite aligned with the ESG factors that shareholders are talking about,” said Marcogliese. “Focus on the hard issues. That’s your opportunity to make your case with your shareholders.”

In fact, only 29 percent of directors and C-level executives surveyed during the webcast said they were confident the company was aware of and effectively monitoring critical ESG issues.

To conclude, KPMG’s Whalen suggested that in preparation for the 2019 proxy season, directors:

Lessons from the 2018 proxy season
Observations of the current climate for shareholder engagement, proxy voting and disclosure trends, shifts in board composition, and institutional shareholder concerns. 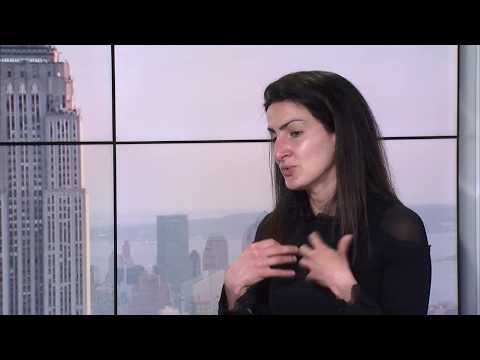